After an unexpected night of debauchery I have been reduced to nursing this extreme hangover instead of the grandiose plans I had of mowing lawns, planting new plants, pulling weeds, and the like.  But I can still appreciate my garden and share a few photos with the world. 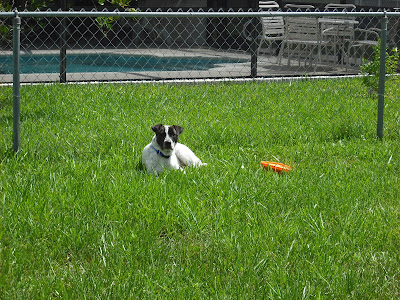 During the week, I was playing with my roommate's dog (Jessie) in the backyard and I couldn't resist wandering over to my garden to see how things were looking.  Something gray on my neighbor's bougainvillea (Bougainvillea spp)

caught my eye, and prompted me to run inside and grab my camera. It was a silver tree frog that are somewhat abundant around my house in the summer. 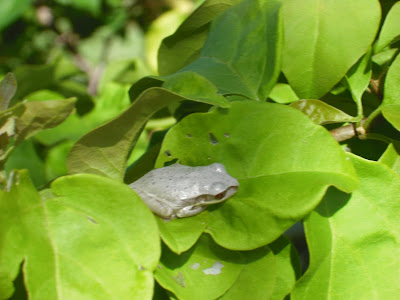 Once the camera came out I pretty much forgot about the dog and just kept snapping away. 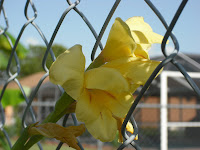 Earlier in the summer I put my gladiolus bulbs (Gladiolus spp.)

back in the ground.  Last year I planted them in a wooden tub that now is home to some petunias that I grew from seeds, so I decided to incorporate the glads into the garden.  I put them against the back border so that the chain-link fence could serve as a support during windy storms.  I also put a row of small trellis' and stakes in front to support them in the opposite direction.  Just like last year, each color is opening up at different times.  The first glads to bloom are the yellow... 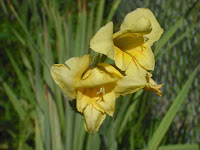 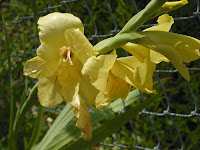 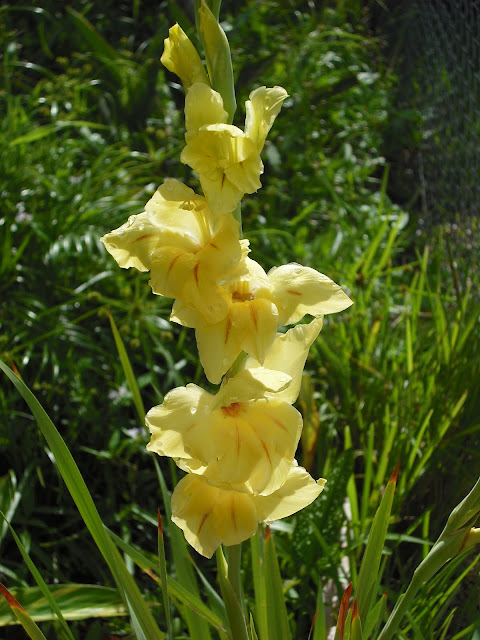 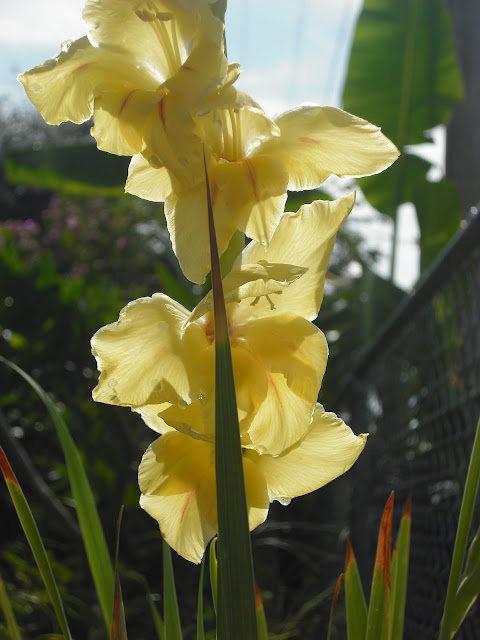 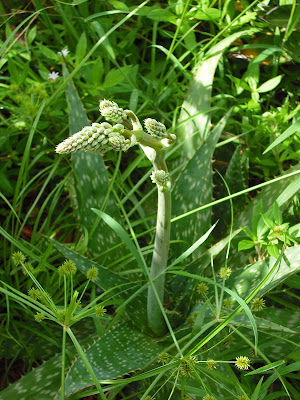 I also noticed that my soap aloe (Aloe saponaria)

is sprouting a stem.  That means it will bloom any time now.  The picture on the right was taken on 8/7/10 and the picture below on the 12th.  You can see in the picture below that some of the coral colored blooms are starting to poke out.  Soap aloe is my favorite aloe because of the umbrella shaped cluster of blooms it adorns in the summer.  Although you can't use it on sunburns like aloe vera, it is definitely more appealing to me. 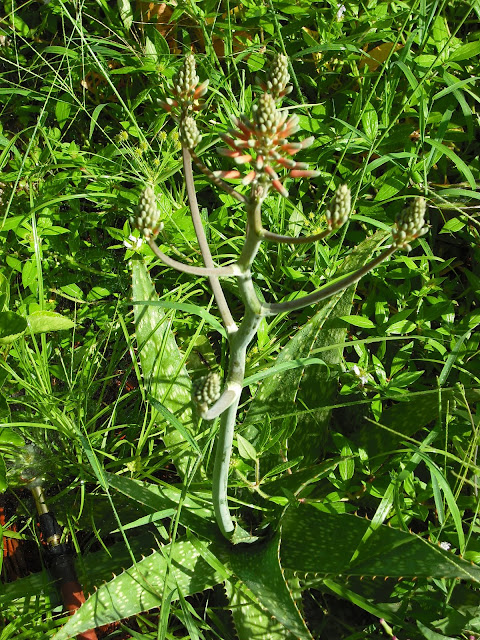 As you can see, my garden needs to be weeded so bad.  We had some really wet weather last week from some tropical depression/wave/system and our normal afternoon thunderstorms, then this week has been bright, hot, and sunny everyday so everything is growing at supernatural speeds....including the weeds. 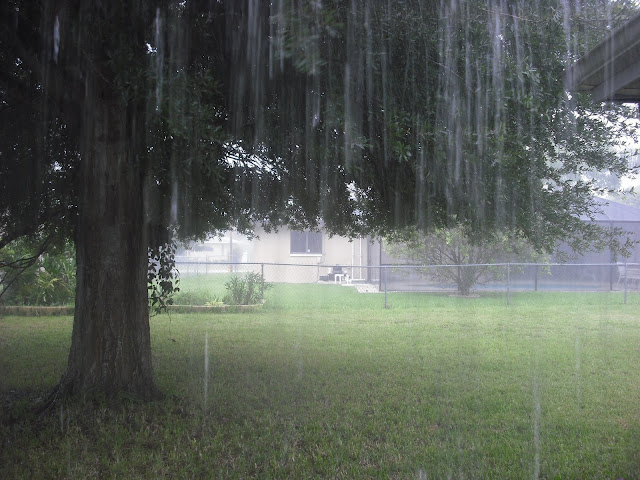 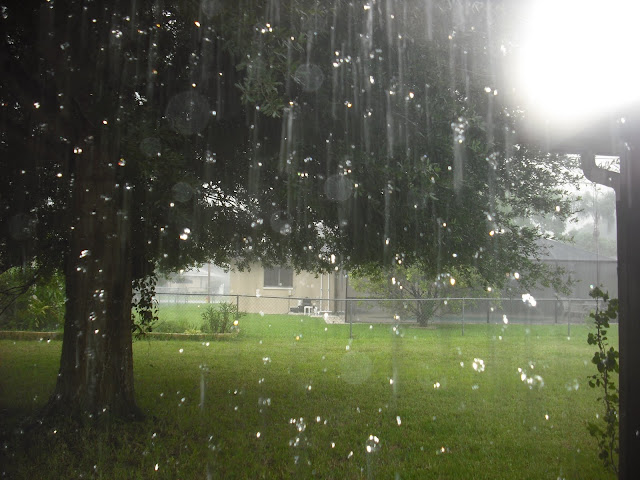 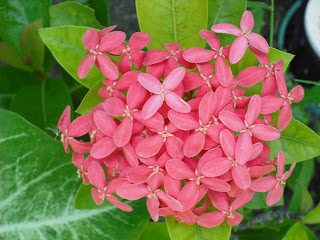 The next plant is one that was in the yard when I moved in.  The poor thing has had the toughest time.  Year one it got hit with weed killer and an abnormally cold winter.  Year two the winter was even colder (we're talking unheard of nights in the 20's).  For some plants, things like that don't bother them, but this little guy takes soooo long to recover from anything.  It had the stripe where it got hit with the weed killer for nearly a year.  It lost most of it's leaves this winter and didn't get them back until June.  But here it is, happy and proud with two groups of blossoms... 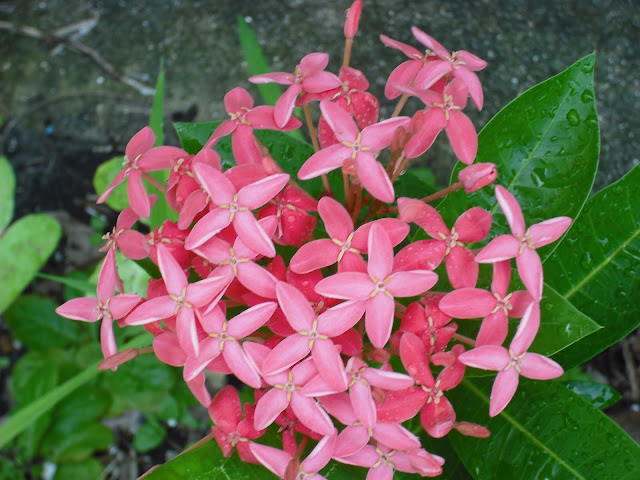 And of course we can't forget about my beautiful double red hibiscus. 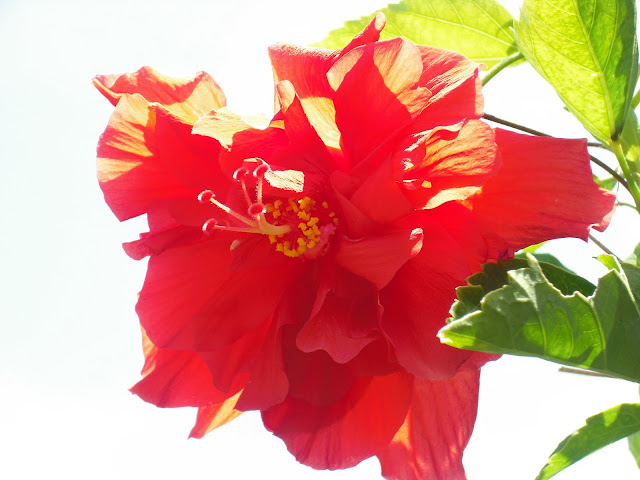 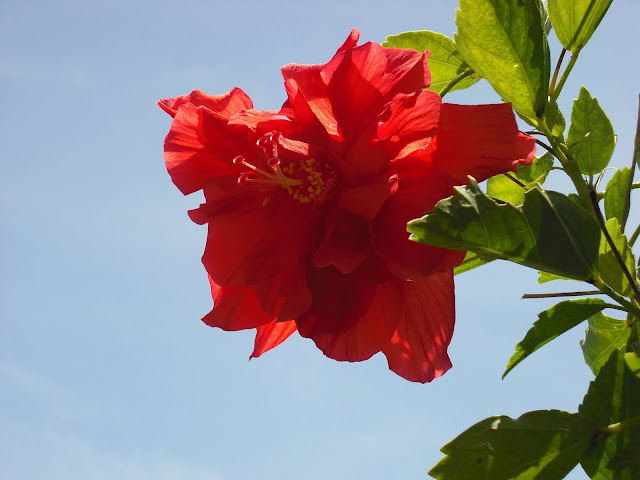 This next plant is Gaillardia (Gaillardia x Grandiflora).  It was a gift from my grandmother and has yet to find suitable home, but I'm guessing it's going in the backyard garden where it can get the full sun it needs. 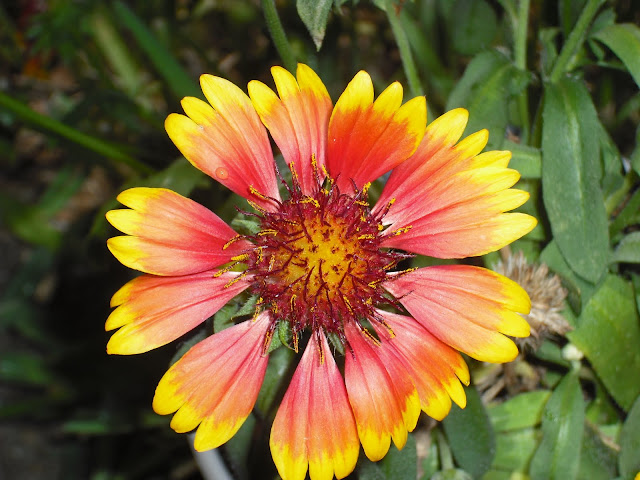 In my next post I should have some before and after photos of my parents' garden beds and the progress we are making there.  The lawn is a totally different story, so you'll probably hear me gripe about that.
Enjoy the rest of your weekend!
FLGardenGuy
Posted by Unknown at 3:55 PM 1 comment:

Hello everyone!  I'm a new, budding, blogger that has a passion for gardening and all the outdoor activities that go along with it.  I've lived in my home for over two years now and the yard was pretty much a blank slate.  I live in one of the best places in America for gardening...sunny southwest Florida.  The heat and the humidity make it possible to grow some wild plants that most people have never even heard of.  Even though I have mother nature on my side, I know that I will have some failures.  But maybe with a blog I'll be able to remember what I did wrong and learn from my mistakes.  This blog will be a place I can share the pictures of my garden with the world. 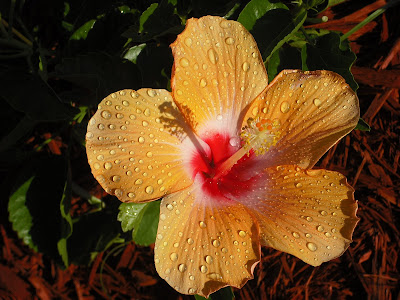